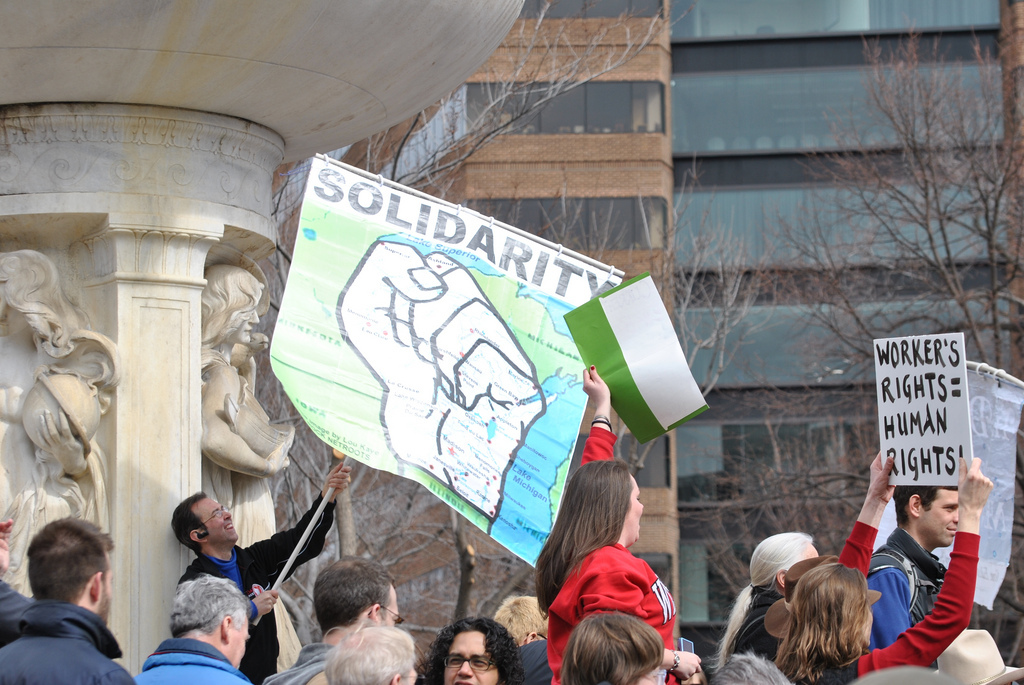 Basic Income Day is a Great Idea, and Especially on May Day!

In a recent opinion piece published on May 2nd, Jurgen De Wispelaere made a case for the need to change Basic Income Day to a date other than May 1st. As the organizer of the Reddit Basic Income community’s involvement in promoting Basic Income Day for the past two years, I’ve been invited to respond to his criticism. This is my response and I will start with a question.

Why does the labor movement exist?

Think about that question for a moment. What is the ultimate goal and purpose of the entire labor movement? From whence did it arise? Where is it now? Where will it be in 50 years? And how do we best respect the history of the movement as time goes on?

In a recent piece titled “Ours to Master”, Peter Frase writing for Jacobin magazine makes the case for what he refers to as “enlightened Luddism,” where there should no longer exist in the logic of labor a short-sighted push against innovative new technologies. Advancing technology should be embraced for all it is capable of achieving. If a machine can do someone’s work, better and cheaper, it should. The problem is not technology’s elimination of jobs. The problem is in not properly distributing the resulting gains. So how should labor best go about doing that? Well, according to Frase…

Winning a share of the fruits of automation for the rest of us requires victory at the level of the state rather than the individual workplace. This could be done through a universal basic income, a minimum payment guaranteed to all citizens completely independent of work. If pushed by progressive forces, the UBI would be a non-reformist reform that would also quicken automation by making machines more competitive against workers better positioned to reject low wages. It would also facilitate labor organization by acting as a kind of strike fund and cushion against the threat of joblessness. A universal basic income could defend workers and realize the potential of a highly developed, post-scarcity economy; it could break the false choice between well-paid workers or labor-saving machines, strong unions or technological advancement.

A few very important ideas need to be understood here. In the 21st century, the labor movement will require winning basic income as a key victory, so as to not only win the gains of technology away from only continuing to fall into the hands of owners of capital, but to actually further empower the labor movement itself through enabling a massive general strike potential the likes of which has never before existed in all of history. Additionally, by achieving the ability for all workers to say “No” to unsatisfactory wages and conditions, the bargaining power of every single worker will be increased.

In other words, basic income is not the enemy of the labor movement. It’s its best friend.

It’s for this reasoning that a day such as Labour Day in the years ahead should galvanize labor around the idea of making technology work for workers – all workers – including those involved in all forms of unpaid labor involving care work like parenting (you know, that kind of work that makes new workers). And it should do so through a 21st century fight for universal basic income.

Without fighting for and winning a basic income for all, unions will continue losing power through a continuing shift in the way we all work from what was once secure full-time jobs in manufacturing that complemented a labor movement, to what is increasingly insecure part-time jobs and globalized freelance labor involving zero-hour contracts and continually varying schedules. What work is shifting to makes it extremely difficult to gain leverage over capital.

The labor movement needs basic income if it is to not only survive but flourish. Workers need the ability to choose to work for themselves and to decline working for others, and that is only possible through basic income. Workers also should be able to benefit from technological gains, through either increased incomes or decreased work hours or greater benefits or even ownership. Working for others should be a choice, and that choice needs to be won by workers for all workers, whether traditionally seen as work or not.

That is universal solidarity and that is Basic Income Day.

I also personally see Basic Income Day as far more respectful to all that workers have fought for over the years – and some even died for – than to watch the modern labor movement continue fighting to work, instead of for the freedom from work, or to let the labor movement fade away entirely as human labor gets replaced by machine labor.
What is the purpose of a labor union, anyway? I mean, when we get down to the core aim. Well, what is the purpose of a car company? The CEO who believes a car company’s purpose is to make cars is actually both incorrect and short-sighted. The real purpose of a car company is to enable the transportation of its customers in a way that always improves. Getting stuck on an existing means of providing transport, such as a car, is an obstacle to progress. A company should always seek ways to improve quality for its consumers. Cars are not the endpoint of the how to get a consumer from point A to point B problem, and the company that fails to see this will fail as a company because another company will innovate a new and better way.

It’s for the same reasoning that unions should stop to consider their own purpose. Is the purpose of labor unions to perpetuate themselves in current form? Is their purpose to increase wages and decrease hours through greater bargaining power for only those who are members? What will happen to labor unions in a world that no longer requires human labor? Is there a desire to celebrate May 1st, 2050 looking back at how people used to be able to live good lives, back when labor unions still existed?

The labor movement needs to recognize what year it is, just as all the rest of us do. Technology and globalization exist and we must recognize the effects these are already having on all of us. Basic income is the real “fight of the century”, and labor must not only join the fight, but lead it. If a truly universal basic income is to be won, in a way that grows over time to be more than basic, it must come from the left. The right, although also supportive of basic income, seems more likely to support a version that favors capital over labor. To be won in progressive form as a growing share of continually increasing national productivity will be a fight for the left to win.

Winning this fight for a universal basic income will begin at step one and that is realizing basic income is what the labor movement has actually been fighting for all along, without even knowing it – the right of a human being to the fruits of one’s own labor and to life itself.

That’s the message of Basic Income Day, and it’s a message for all workers, past and present, to convey every Labour Day, and International Workers’ Day, and May Day from now until the day we come together to remember how we all once were compelled to labor for others in order to live.