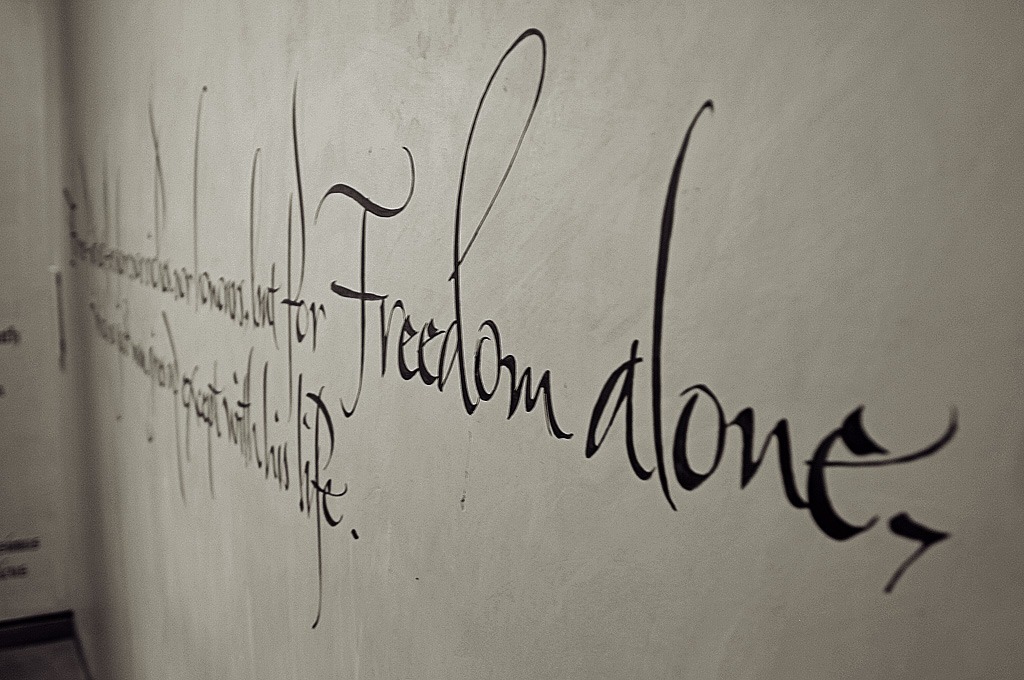 First off, I just want to thank you for creating your platform. It's really something for which to be proud in the difference you are making in people's lives, mine included. So I'm writing you to let you know a bit about me, how I'm using Patreon, my success so far, and something I call "The BIG Patreon Creator Pledge".

A little about me

I'm a writer/blogger/freelancer, a moderator for the /r/BasicIncome community on Reddit (now with almost 25,000 subscribers), and I spend the majority of my time actively advocating for the idea of a basic income guarantee. If you're not familiar with it, it's the idea that states everyone should get a citizen's paycheck, independent of any work in the labor market, sufficient to cover our most basic needs so that everyone has enough to survive, so that all income from work can become discretionary.

(Note: This last part is extremely important as technology eliminates jobs faster than they can be created, so that we can continue to enable purchasing power in our consumer economy.)

I started using Patreon as a creator back in late October (you can read a press announcement here) with the goal of crowdfunding my own basic income of $1,000 per month through my basic income advocacy. Five months later I'm now a quarter of the way there, with 38 patrons as I write this, including a well-known name in the venture capital world you may be familiar with, Albert Wenger.(<--watch his TEDx talk)

Part of my final goal is a pledge to limit my earnings to $1,000 per month (post fees), and to give any money earned over this amount, to other creators on Patreon who pledge to do the same thing. I've dubbed it the "BIG Patreon Creator Pledge".

Taking a page from the Creative Commons concept of Share Alike, any and every patron dollar pledged above $1,111 per month I will consider to be greater than a basic income and will pledge away to other creators here on Patreon also creating content in support of their own basic incomes by making the same pledge to limit their own final goals to $1,111/mo (plus $333/mo per kid for creator parents) and pledging to give the rest to others making the same pledge. My goal here is to create a community of content creators all working toward their own basic incomes with the same shared goal of achieving basic incomes for others.

So far three creators have taken the pledge, and I expect more to do so, as word gets around, and as I approach my final goal.

A little about Patreon

I feel Patreon is a platform that is actively spreading the importance and the power of basic income even if none of you explicitly realize it. By encouraging people to pursue their passions and at the same time earn incomes from doing so, people are one by one becoming emancipated in a way that is new in the world. This kind of freedom hasn't really existed before for people.

That may seem like a small difference, but the difference is night and day. Creators want to create. Creators don't need to be paid to create. However, creators also need to eat. Creators need to have homes. Creators can't create so long as they aren't free to create. You have actively enabled consumers to free creators to create. Your platform is allowing people to liberate each other. And I think it's a huge achievement.

However, Patreon also functions just like the rest of society does now, where a few can become mega-stars and the many barely get by. My pledge is created to reduce that inequality on Patreon. By allowing people to voluntarily limit their Patreon incomes, and give to others limiting their own, it can be possible for a great number of creators on Patreon to achieve basic incomes right now, before the rest of the world does. Creators would be passing on the idea of becoming rich, but they would be free, and they would help free others to create too. That's the idea at least.

By the way, I just want to mention that the effects of a feeling of security for creative people are not unknown. We know that even just knowing food stamps are an option, increases entrepreneurship. We know that (contrary to the prevalent myth) social benefits can actually increase motivation to work. We know that acts of imagination with no apparent value to anyone can pay off in spades down the road for everyone. And we know that opening up acts of patronage to the many instead of continuing to limit it to the few — in a post-internet world of digital arts and vanishing scarcity — has a profound effect on the arts, the extent of which we're only seeing the tip of a very large creative iceberg.

Or as artist Brian Eno said after he first heard of the idea of basic income...

I like the idea that it says we believe that all people are potentially creative and that they should be given the chance to express that.

The number one thing that would let more independent artists exists in America is a universal basic income.

People need to be free to create. Until UBI exists, Patreon helps make that possible.

I just wanted to share all of this with you, so that you know, and to thank you for empowering me to eventually become a fully liberated creator, and to actively help others do the same.

Thanks for the freedom.