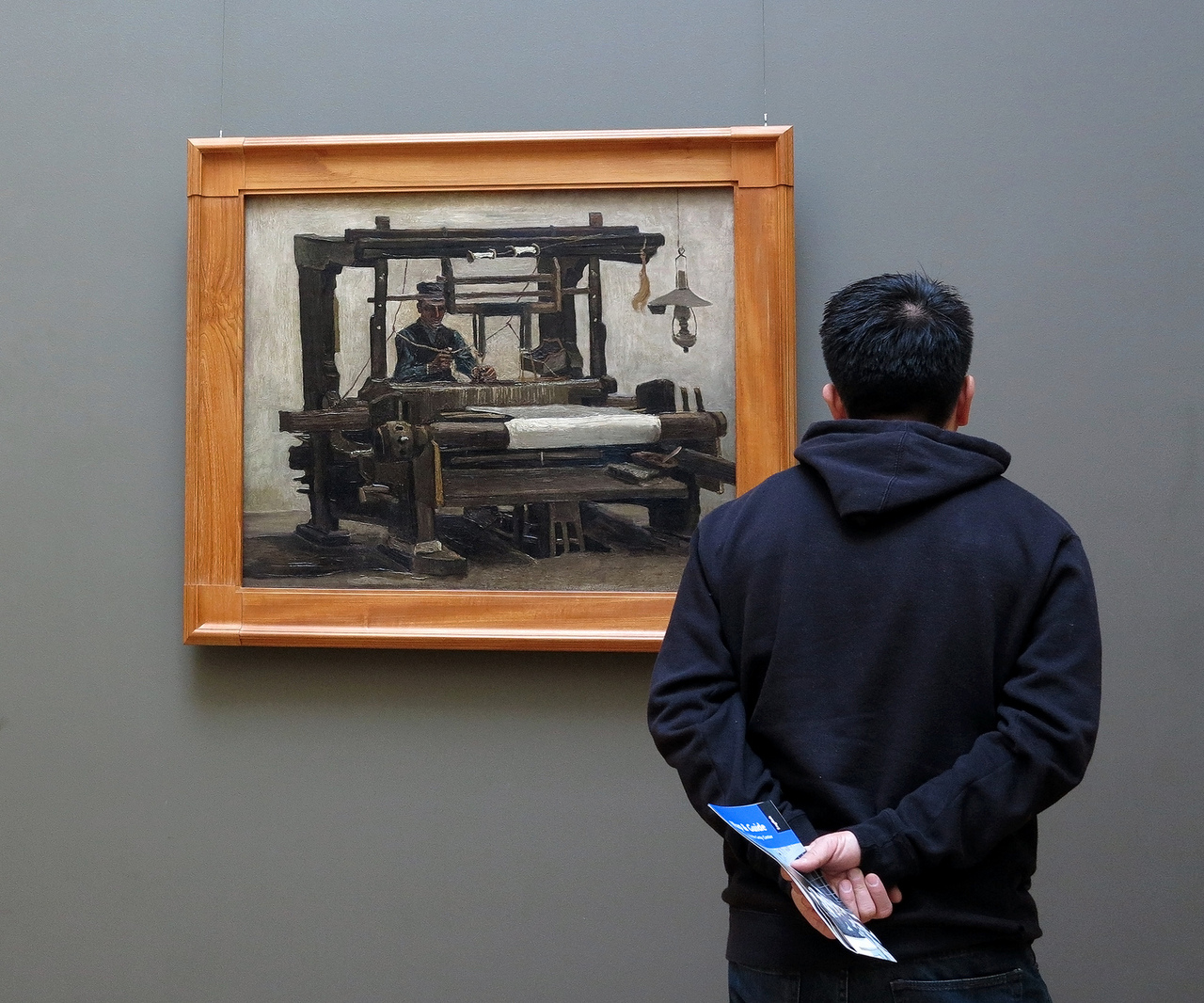 Debunking the Debunking of "Humans Need Not Apply" and More

The fallacy of "the luddite fallacy"

This gif is the kind of imagery that gets our attention and gets us all wondering about what is going to happen to the people who did these jobs now being done by robots.

There are a lot of people wondering about the answer to this question, and drawing conclusions like 47% of all current jobs are at risk of being automated within 20 years. It's also possible such estimates are conservative because according to this recent report, the work being done by robots is actually growing faster than predicted.

The term for this growing phenomenon is technological unemployment. Not everyone believes in it though. Right now, it's actually about 50/50.

Something known as "the Luddite Fallacy"is what tends to be a common response to any notion of technological unemployment, and any suggestions we might find ourselves in trouble unless we prepare for its effects. It's what allows someone to watch Humans Need Not Apply and think, "That's silly. People have been saying technology will eliminate jobs for centuries now and it just hasn't happened. So it never will. New jobs will always be created, and technology will always make everything cheaper anyway, so no worries."

Regarding this belief, there are a few other beliefs we should be sure to consider as well...

"Luddites were afraid of technology!"

About that, we've got Luddites all wrong.

The Luddites weren't technophobes. They were labor strategists. "This strategic interpretation of the Luddite movement is confirmed by the fact that the workers often destroyed only those machines which were turning out faulty goods," Boudon wrote. "It was still true, of course, that a worker who went on strike could easily be replaced by somebody from the army of unemployed people willing to be strike-breakers, at a time when nascent trade-unionism was harshly suppressed. Since machine-breaking brought the factory to a halt, it was not only a functional substitute for striking, it was also much more effective."

They didn't break machines out of fear. They broke machines as a tactic.

"You futurist types have always talked about mass unemployment due to technology and are always wrong!"

The logic that because something has always been the case it always will be, can be really dangerous logic to cling to.

Examples from people who might want to reconsider the use of this logic:

Just because something hasn't been perceived by us as happening, doesn't mean it's not happening or that it never will happen.

Believe it or not, yes it really is different this time because it's already happening.

"But new jobs will always be created!"

We are actively experiencing job loss due to technology RIGHT NOW. It's just harder to see, because we're not looking at a bunch of walking talking robots, but mostly software. And the job loss we are experiencing isn't necessarily in the form of 0 hours of work available, but in the form of part-time jobs, underpaid jobs, and freelance work.

It also seems to rarely occur to anyone, that when we say jobs haven't been reduced by technology, it's because we've been making up bullshit jobs to replace the ones we're eliminating because we're the ones still requiring jobs to exist. When we no longer require jobs to exist, it seems likely we'll reconsider this behavior. Another thing people seem to fail to understand, is that the new jobs we're creating by technology can themselves be more easily automated or globalized.

Web design is a newer job. It hasn't been around very long. However, it's already easier for people to create their own websites, and it's also easy for someone in India or China to design a website at a much lower cost than others can possibly bid who have higher costs of living. A barber in the US doesn't compete with barbers in India, but a website designer does. And the ease of website creation tools makes web designers less necessary, even though this was a job that was JUST created recently.

This last part is what a Luddite Fallacy article like this gets right. We need to create flexibility in the labor market so that when jobs are lost and new jobs (that hopefully aren't bullshit) are created, people can switch from one to the other. And when those new jobs then go away, people can transition again. We should make a point of making these transitions as quick and painless as possible. Denmark does with its "Flexisecurity" policies, which make it the best for business in the world right now.

So basically, even if the Luddite Fallacy is correct, we still need policies that make transitioning from job to job easier, with no one falling into poverty between these jobs.

This belief that everything is going to get cheaper, and therefore everything will be a-okay, it's just not happening. Basic needs are getting more expensive, and we're also spending more on technology like smartphones, not less. After decades of tech growth, we even have less discretionary income, not more, even with two adults working, instead of one. The American middle class has absorbed a steep increase in the cost of health care and other necessities as incomes have stagnated over the past half decade, a squeeze that has forced families to cut back spending on everything from clothing to restaurants. Health-care spending by middle-income Americans rose 24% between 2007 and 2013, driven by an even larger rise in the cost of buying health insurance, according to a Wall Street Journal analysis of detailed consumer-spending data from the Bureau of Labor Statistics. That hit has been accompanied by increases in spending on other necessities, including food eaten at home, rent and education, as well as the soaring cost of staying connected digitally via cellphones and home Internet service. With income growth sluggish, discretionary spending on things like clothing and movies, live shows and amusement parks has given way.

If we read news like this, and then think, "Oh hey, but 3D-printers are going to make everything super cheap, so even though the costs of basic goods and services are rising, it's 3D-printing that will save our hides," then we also need to consider how our incomes are going to look when everyone has their own personal factory.

As long as people have to spend money on their most basic needs, and have to work in the labor market to earn the income required to meet them, then a big problem still exists, no matter how cheap 3D-printed goods become.

What it all comes down to though is this right here: The people who think those like CGP Grey and the rest of us are Chicken Littles screaming about the sky falling, are looking at the left half of the image and drawing the conclusion that the lines will continue their paths without intersecting.

What people tend to fail to understand is the exponential growth capability of technology because we're not really wired to conceive this type of growth. Exponential growth is hard to wrap our heads around. Here's a famous example in the form of a story:

When the creator of the game of chess showed his invention to the ruler of the country, the ruler was so pleased that he gave the inventor the right to name his prize for the invention. The man, who was very clever, asked the king this: that for the first square of the chess board, he would receive one grain of wheat, two for the second one, four on the third one, and so forth, doubling the amount each time. The ruler, arithmetically unaware, quickly accepted the inventor's offer, even getting offended by his perceived notion that the inventor was asking for such a low price, and ordered the treasurer to count and hand over the wheat to the inventor. However, when the treasurer took more than a week to calculate the amount of wheat, the ruler asked him for a reason for his tardiness. The treasurer then gave him the result of the calculation, and explained that it would take more than all the assets of the kingdom to give the inventor the reward. The story ends with the inventor being beheaded.

Exponential growth happens amazingly fast. It catches us humans by surprise. For those paying attention, some pretty unbelievable headlines are already being made, and they are appearing with greater frequency. Deep learning by machines is real and is already being used, which opens the door for all kinds of jobs to be automated.

We are on the right half of the above image now. Technology is already eliminating jobs faster than new jobs can be created. The intersection point is going to happen. It's inevitable. And when it does, we sure as shit better be ready for it or else "job creator" heads might start rolling.

And why should any heads roll, when we should all be better off thanks to technology anyway?