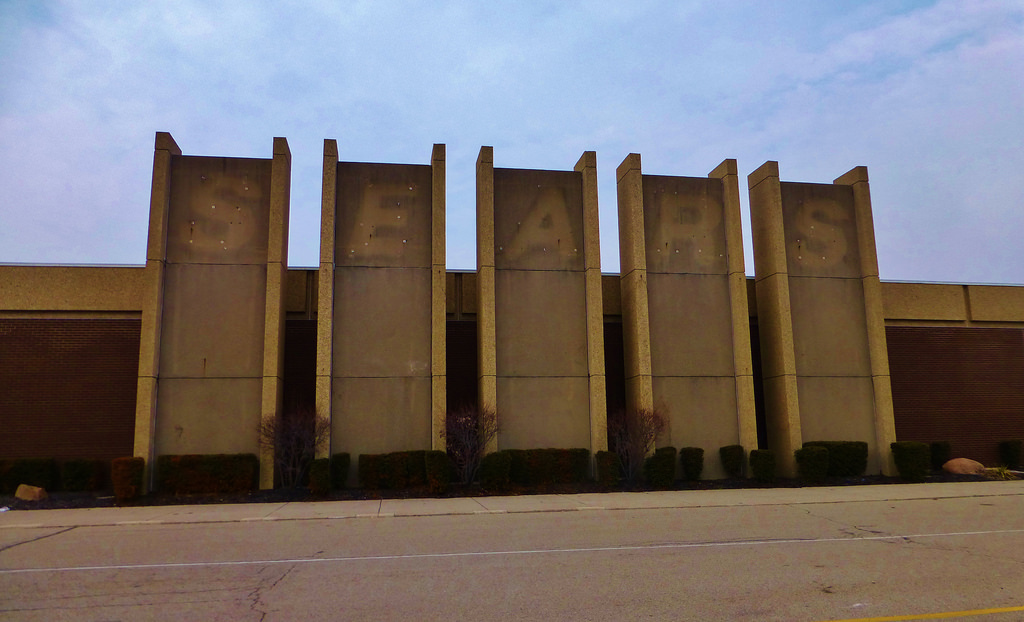 Discussing the future of work is all the rage these days. Some say we're on the verge of the robot apocalypse of jobs. Others say jobs will always be created in sufficient numbers (and at sufficient rates) and that everything will be fine. Regular readers know where I fall on this particular question, that either way, our goal should be eliminating as many of the jobs as possible that we as humans don't enjoy doing. However, what doesn't tend to get discussed is the flip side of all of this, which is the fruits of the all the work by humans and machines, the limited amounts any of us as humans can consume them simply because of limited time, and how our consumer preferences are being permanently and irrevocably altered by short-sighted greed. 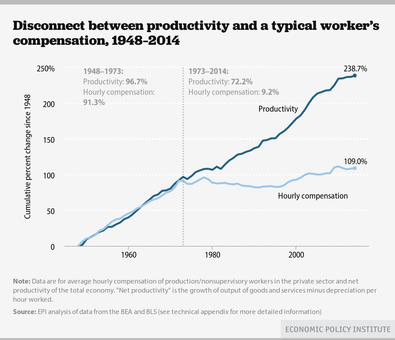 It's that last one that's caught my attention recently, and I've noticed it through my own consumption patterns. The irony of it all is that had corporations simply paid their workers more over time as productivity increased, as we used to until 1973, our tastes would be potentially different than they now are. But because we as consumers have been forced to spend less as consumers year after year due to stagnant incomes and rising costs, we're accelerating right into a new economy where far less paid work is required.

I used to have cable. It was expensive, but I had the discretionary income to pay for it way back when. I also used to frequently go to movies. I loved going to movies. I'd go to the local theater every week, sometimes more than once a week. What I was consuming helped pay for the wages and salaries of thousands of people being paid tens of thousands of dollars. In exchange for two hours of entertainment during my leisure time, I paid money. And that money ended up finding its way into a lot of different wallets and purses. 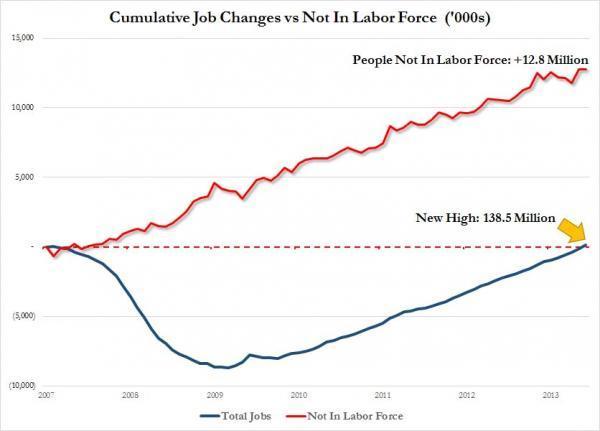 That all changed for me as it did for many back in 2008 when the economy crashed. Some very wealthy people felt their great wealth wasn't quite enough, and they took global markets down with them when their bubble of greed burst in the faces of everyone. Many jobs vanished and with them incomes. Only recently have we even reached the number of jobs we once had, and yet there are also more people and most of the new jobs don't pay as much. People were forced to change their consumption patterns as a result and to this day that's still true. That reduced consumption is itself part of the problem because it's not being transformed into other people's incomes. Instead it's just sitting there, accumulating at the top, in an astounding feat of ignorant short-term thinking.

Once someone gets used to new patterns of consumption, it can become a new preference. Remember how I used to pay for cable? I will never pay for cable ever again. Even if my discretionary income skyrocketed tens of thousands of dollars every month, I will never again pay for cable. Why? Because I was forced into not having it, and I've discovered I prefer not having it. What's my substitute? I've written about this before, multiple times, but I mention it here again from the other side...

The other day I found and subscribed to a new channel. The guy who runs it is a collector of military rations aka MREs. He has 130,900 subscribers on YouTube at the moment and 37 patrons on Patreon. He records himself opening ration kits, some as old as World War II and even earlier, and when the food appears edible, he eats it. I showed the channel to my girlfriend and we watched it for hours. It was absolutely fascinating to both of us to watch video after video.

It was that channel that got me thinking... here is a guy just sharing his hobby with everyone for free on YouTube and I was happier spending hours of my life watching his videos than spending the same number of hours in a theater watching the latest movie that cost $200 million dollars to create and another $200 million to market. In other words, the unpaid work of one man out-competed Hollywood to lay claim to hours of my time as a consumer. Those same hours could have been spent adding to the incomes of tens of thousands of people, but it wasn't.

Right now, an entire generation is being raised in this environment. For them, they have the highest rates of unemployment at around 9-17% for those age 16-24. They also have the highest rates of debt burden. The greed at the top to keep money for themselves instead of paying it out as wages, and to charge higher and higher amounts for college educations is helping accelerate the creation of a new kind of consumer. That consumer has very limited discretionary income, and potentially a lot more time or a lot less time, the combination of which creates the conditions for the consumption of that which costs little to nothing, or in other words, that which creates little to no jobs.

Think about that for a second. Here we are surrounded by people claiming that because jobs have always been created, jobs will always be created, and at the same time, we are creating an entire generation of consumers who are learning they're just as happy or happier not spending money into the economy to consume. This is part of the reason why it's so popular to watch others play video games online, and also why that so confuses older generations. It's fun to watch someone play a game. It's entertaining. And it costs nothing. Yes, one could buy a gaming system, and games for it, and play them, and that would help power a consumer economy, paying for the wages and salaries of those who created and sold the system and games. But if you can't afford it, and you learn it's still fun and possibly even more fun to watch others play, than why ever buy into that cycle?

The current system is built around the perceived normality of 8 hours of work, 8 hours of sleep, and 8 hours of leisure. It is normal for every day to have a limit of 8 hours to consume the fruits of what others are spending their 8 hours of work on. The purchase as a consumer of another's work creates their income, which they then spend as a consumer on the work of another, and around and around it goes, that is... as long as people are earning and spending enough to power the cycle.

That cycle is breaking down. Who knows for how long it could have lasted, had those at the top not been so greedy, but greedy they were and now here we are. The sharing economy is growing within the old economy and there's no stopping it. If one person can entertain millions of people during their leisure hours with no money exchanging hands, that leaves the work of millions of people as pointless. What they are being paid to do will dry up without the consumers to consume it, and then they too, without incomes for normal consumption, will find their way into the sharing economy.

The sharing economy is truly a different kind of place. Outside it, there are producers and consumers. Inside it, there are prosumers who prosume, that is, they both produce and consume. Take Facebook for example, another example of something that entertains people for hours a day for free, where people consume the content others have freely created. One person's post is another person's consumption good. No money is changing hands, and yet the hours spent on Facebook are taking away from the hours spent spending money into the economy. Value is obviously being created and yet the prosumers responsible for it all see none of the monetary value. Instead a small group of people responsible for the platform itself see it.

I want to make sure and emphasize the importance of this from a different perspective. We've all heard how Facebook is an example of how a company worth billions of dollars need only employ a small fraction of the people a comparable company would have decades ago. But what is not really discussed is the consumption side of this, how its 1.65 billion active users are spending hours of their time not paying to consume goods and services, and therefore not creating the incomes of others. The same is true with SnapChat. Look at the SnapChat generation as a generation raised within the sharing economy. They aren't paying for movies. They aren't paying for TV; not to the degree previous generations did. They are spending hours freely consuming the new content that they themselves are producing every day.

Those who have not shared the fruits of the economy for decades, instead keeping all the spoils for themselves have not only slowed the engine of wealth creation by reducing consumer buying power, they have effectively eroded it. There's no going back now. The old economy will continue to fade away, and the sharing economy will replace what it can, for the same reason I love watching YouTube and will never again buy cable. The greedy have screwed themselves, and yet again, everyone else too, for just how do we distribute goods and services outside of the sharing economy, if the sharing economy itself is removing demand?

All of this again is just another reason universal basic income is so important. If the wealthy want to continue being wealthy, they should be really interested in increasing consumer buying power. Meanwhile, if there's far less paid work to do, due to both automation and also the effects of the sharing economy on the old economy, that work should be divided up better, not only so that more people are able to earn more income to spend as consumers, but also so that instead of 8 hours of work and 8 hours of leisure time, we can have 4 hours of work and 12 hours of leisure time.

The growth of the sharing economy demands an unconditional basic income. Until then, the engine of the consumer economy will continue to erode. If we never adopt UBI, the engine will seize. We really need to start thinking about all of this more from the consumption/leisure angle instead of the production/work angle, because the sharing economy is growing, and it represents just as great a danger to paid jobs by way of reduced paid consumption as automation does directly to paid jobs.

Recommended additional reading: "In Praise of Idleness" by Bertrand Russell