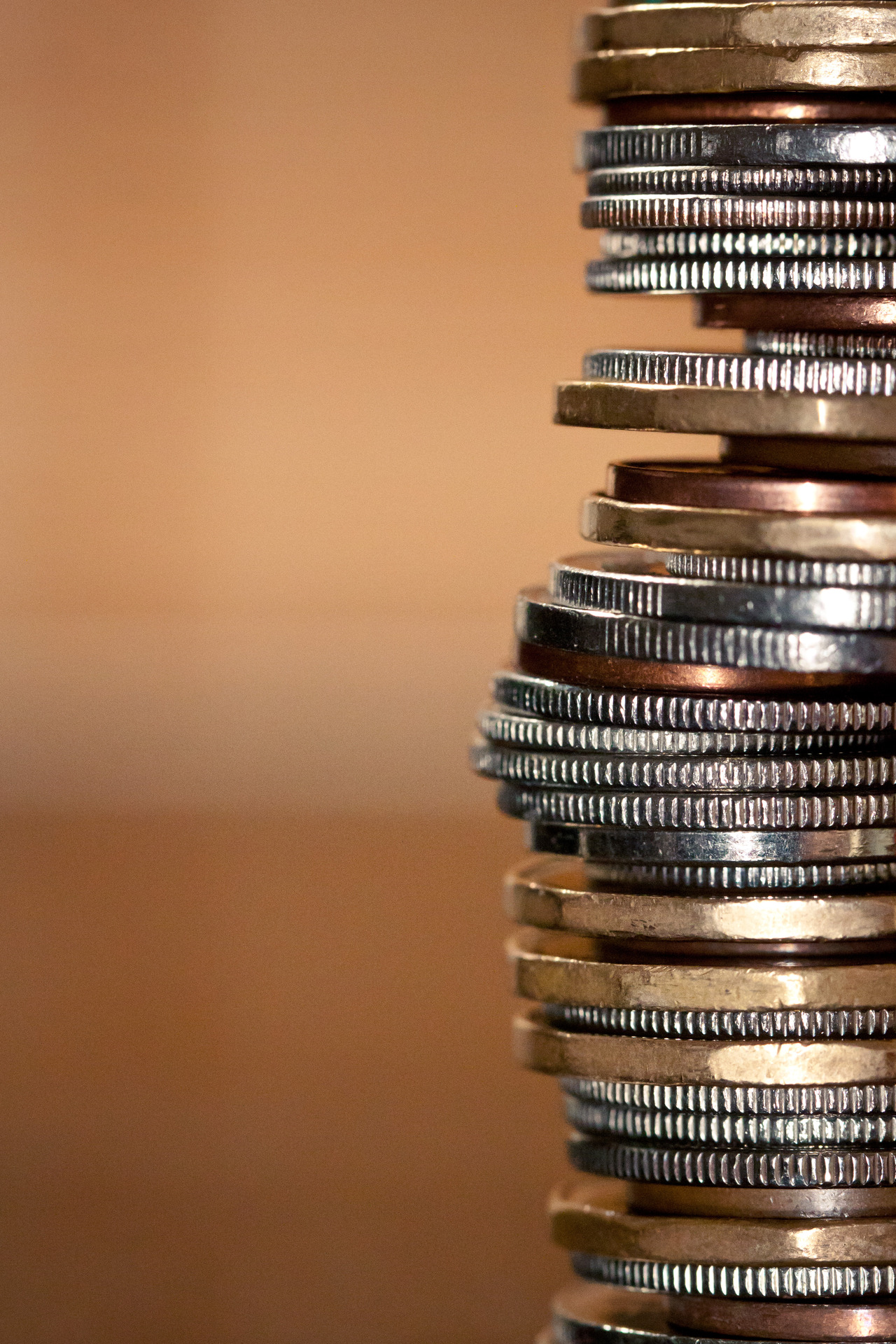 Is It Actually Possible to Live on a Basic Income of $12,000 Per Year?

(in the United States)

As you may already know, I'm actively crowdfunding a basic income of $12,000 per year, and am currently about 20% of the way there. (Thank you, Patreon patrons!) I chose this amount because I advocate the starting level of a basic income guarantee in the U.S. be set here, defined as being just above the poverty level (in 2015).

One of the common responses to this idea of a basic income of $12,000 is then the concern that it can't possibly be enough in the USA. It may seem too low to live on.

Yes, 3 out of every 10 single tax filers in the US are currently living on less than $12,000 per year. That means tens of millions of people already are living day by day with this amount of money.

And I am one of them.

This is also why I so strongly support this level as workable, aside from the great amount of people in the same boat. I have personal experience. This is not to suggest anecdotal evidence is strong evidence. I merely mean to stress the numbers mean more to me than just numbers.

My own story is that I've been lucky enough to be successfully self-employed for my entire adult life - about 20 years now - thanks to the Internet. Because of this, my income has always fluctuated. I've had great years and I've had not-so-great years. I've also lived in a lot of places, so I appreciate how costs of living can vary.

2008 was my last good year of middle class earnings. After the economy collapsed that year, so did my income. This is also why I understand so strongly that your spending is my income. When people aren't spending because they have nothing to spend, we all suffer. I suffer because you suffer. I flourish when you flourish. Wanting others to suffer is the same as wanting yourself to suffer. It's stupid and backwards.

From 2009 to 2012, I lived on my own in New Orleans on about $12-14k each year. My rent was $650 during these years. I had a car payment (which I paid off in 2010 I think) and school loans to pay (which did make things even harder), but I did manage to get by just fine. Sure, I wish I could have earned more to eat better and spend more time with friends, and just plain do more stuff, but what I learned from these years was that as my income got lower, each time I thought I just wasn't going to be able to make it, but I always have. And that's without government assistance because you might be surprised how little you have to earn to qualify, as someone without any dependents.

Starting in 2013, I've since earned less than $12k, but now I'm no longer living alone, and am very lucky to have found an amazing partner with whom to share this adventure called life. That I'm even happier now despite earning less reflects our other forms of wealth not measurable by money. Had we never met though, I don't think it would have been possible to continue living alone while earning less than $12k, unless I moved out of the city or in with others. Faced with such a choice between living alone in a more rural area and living in a city with housemates, I'd have chosen housemates. That would have been fine with me and I'm sure I would have continued making ends meet.

For these personal reasons, and for political and economic reasons, $12,000 a year in my opinion represents a potential sweet spot amount for basic income. It makes sense to me that the federal poverty level is set here because from my own experience, earning less than this seems to begin to more heavily limit options and makes things much more difficult. However, even then, three friends earning $10,000 each and choosing to live together in the same home is a household with $30,000 total income. Poverty guidelines set a household of three at $20,000 so it should seem clear that sharing expenses will always make a big difference.

Basically, $12,000 is right around the line in the U.S. that living on your own becomes no longer possible without perceiving potentially large personal sacrifices such as having to live with others when you want to live alone, or having to live outside of cities when you want to live in them. Not that it isn't possible living somewhere extremely cheap, or is possible somewhere extremely expensive, but as far as the median goes, less than $12,000 means likely needing to share expenses with others, and living alone is still possible but challenging. This seems to represent a noteworthy fuzzy line.

I also want to make special note that I am not including costs like health care and child care costs in what is necessary to cover basic needs. A basic income should reflect the replacement of programs better served by cash, and not serve as a replacement for everything. Its focus should be on the covering of costs like food, shelter, electricity, phone, internet, clothing, etc. These are the costs that can be met by $12,000 per year.

However, all of this also is assuming ZERO other income. With a basic income guarantee, it is very easy to earn a bit extra here and there when you're not spending all your time just trying to get by. An artist earning $12,000 basic income per year who spends a month painting one painting, who then sells it a month later for $1,000 is now at $13,000. Someone who earns $12k who decides to do some babysitting can end up with $15k for the year. Someone with a part time job can double their income to $24k working less than 20 hours per week, or a few months out of the year.

If we look at the entire country as a whole, there are relatively few who earn absolutely nothing year after year after year. Matt Bruenig calculates the number of the able-bodied and non-working as 3% of the population (and this includes those who do unpaid work like volunteering). Earning nothing in the labor market also tends to be a temporary thing, and so I don't expect many to earn absolutely nothing at all with a basic income. It might not even be 1% of us. Having a single bake sale, and selling merely a dozen cupcakes can earn an extra $20. With a basic income, this is $20 on top of $12,000, and so $12,000 represents an absolute guaranteed minimum.

No one with a basic income is prevented from earning anything above it. That really is the important thing to understand. Basic income is fundamentally an income floor, whereas the current system as designed is something more like a net that traps you or a ceiling that limits you.

Basic income is a floor that allows everyone to stand on it and anyone to build on it.

Any effort in the labor market whatsoever, increases someone's total income. Basic income is not about encouraging people to do absolutely nothing. It's about providing that option, but it frees everyone to do so much more than that, and experiments with basic income show doing more is exactly how people actually use it. Essentially, basic income is not about allowing us to do nothing, but allowing us to do anything.

Recently, we have conducted three unconditional basic income schemes in India, funded by Unicef. A basic income is a modest cash payment (in this case, a third of subsistence), paid individually, unconditionally, universally and monthly, guaranteed as a right. Altogether, more than 6,000 men, women and children received it, with the children’s money paid to the mother... It had four effects, most accentuated by the presence of the collective body.

First, it had strong welfare, or “capability”, effects. There were improvements in child nutrition, child and adult health, schooling attendance and performance, sanitation, economic activity and earned incomes, and the socio-economic status of women, the elderly and the disabled.

Second, it had strong equity effects. It resulted in bigger improvements for scheduled caste and tribal households, and for all vulnerable groups, notably those with disabilities and frailties. This was partly because the basic income was paid to each individual, strengthening their bargaining position in the household and community.

Third, it had growth effects. Contrary to what skeptics predicted, the basic incomes resulted in more economic activity and work... There was a big increase in secondary economic activities, as well as a shift from casual wage labor to own-account farming and small-scale business.

Fourth, it had emancipatory effects. These are unappreciated by orthodox development thinkers. The poor’s liberty has no value. But the basic income resulted in some families buying themselves out of debt bondage, others paying down exorbitant debts incurring horrendous interest rates. For many, it provided liquidity with which to respond to shocks and hazards.

Basic income experiments therefore show us that even with income guarantees set at below the poverty level, people can still be far better off than without them. They have more choices. There are more doors to open and walk through. The effects are transformative.

So I also feel that whenever we show concern about $12,000 per year possibly being too low to live on in the US, we should also look at what we have right now. Right now we guarantee $0 per year. How many people are asking if $0 per year is too low?

I pass by a lot of people who appear to be in dire straits these days. I'm sure you have as well. The next time we see someone sitting on the ground against the wall of a building or standing on a street corner with a sign, alone, homeless, and hungry, perhaps we should ask them if $12,000 a year is too low for them to get by on?

I get the feeling they might just consider this question differently than the rest of us do.

If you'd like to see how $12,000 is also more than enough in Canada, please next read "How I thrived on a Basic Income of $11,000 last year in Montreal" by Jamie Klinger