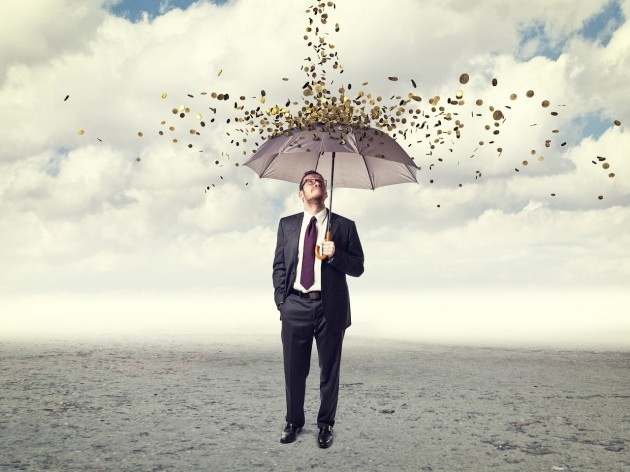 I've provided an introduction to the cryptocurrency "Manna" in a previous blog entry, so if you've never heard of it, please start by reading that first, before coming back here to dive deeper.

There's something about Manna (and any UBI cryptocurrency really) that may just blow your mind to realize, as it did my own, that makes them all not just another cryptocurrency built on blockchain technology. Because cryptocurrency can be thought of simultaneously as both an asset and a currency, and because UBI goes to everyone, rich or poor, UBI cryptocurrencies represent an entirely new way of determining need itself in an entirely decentralized way.

The above tests are referred to as proxy means tests, and just one example of how terrible such tests are in determining need is a recent World Bank study that found 75% of the malnourished are not among the poorest 20% of households, and around half aren't found in the bottom 40%. So if your goal was to end malnutrition and you targeted the bottom half under the assumption that only the poorest are malnourished, 40% of the population would still be malnourished because of your uninformed assumption.

Enabling such a calculation therefore begins with something fully universal. Think of it this way: imagine we need to determine who can swim in a way that eliminates type II errors of false exclusion, meaning we want to make sure nobody drowns. If we decide to only hand out life preservers to those who can't swim well enough, a type II error will be made, and someone who can't swim won't get a life preserver and they will drown. Perhaps even worse, if someone learns how to swim, their life preserver will get taken away, which can then lead to their drowning. To avoid these errors in judgement, everyone needs to be given a life preserver no matter what, thus the error then made is a type I error of false inclusion, where someone gets a life preserver who doesn't actually need one. That's an error that's wasteful instead of fatal. It's costly, but in terms of resources, not human life, and there may come a day where they do need it after all.

Providing everyone with a life preserver in the form of money, or better yet their own individual foundation on which to improve life instead of just prevent harm, will require more revenue than we currently raise, although not as much as most people tend to think. However, providing everyone with cryptocurrency, especially one that doesn't require massive amounts of energy to produce, is essentially free. It is then up to recipients to determine their need by selling it, holding it, or giving it away.

This is where a cryptocurrency like Manna truly shines. Every week, a new distribution of Manna occurs, and although the ability to send and receive hasn't yet been activated as of this writing, it will be soon, and at that point, people can begin selling their Manna for their currency of choice. If someone sells their Manna on an exchange, they just signaled their immediate need, and anyone who buys that Manna is meeting that need with traditional currency. Those who don't sell their Manna are signaling their lack of immediate need. By holding on to Manna, recipients are waiting until they are in need of it. Those who choose to give it away are conveying they don't even see a need for their Manna in the future and would prefer to give it to others now. That is a distributed calculation for determining need using a universally distributed cryptocurrency as the mechanism.

This mechanism introduces a truly novel new means of philanthropy. Imagine you've got $10,000 you're looking to give away to help people in the best, most efficient way possible. GiveDirectly is perhaps the best existing example of how you could give away this money. Hardly any of it would be lost to administration, and it would be provided as cash to those in East Africa, and even a 12-year UBI experiment. It would improve lives, and it would do so in a virtually unlimited number of ways. With Manna, you could either donate that $10,000 to the People's Currency Foundation, the 501c(3) non-profit that backs the value of Manna, or you could buy $10,000 worth of Manna, which would come from those who are selling it all over the world, who are in need of traditional money, otherwise they wouldn't be selling their Manna. You could then treat your new Manna as an investment that may increase in value over time, or you could use the Mannabase interface to find people to give your Manna to, which could even be everyone universally, once again eliminating any errors of exclusion.

The above is true for Manna, but it could also be true of any cryptocurrency built on the foundation of UBI, where everyone receives it simply for being alive. Full universality allows the distributed calculation for need to take place. It could even be true of a sovereign national currency created as credit, not debt. (See: Positive Money, helicopter money, and seigniorage reform)

Consider for a moment if the Fed opened up an account at the Fed for everyone with a Social Security number, made it physically accessible to everyone through postal banking, and that instead of allowing private banks to expand the money supply through debt, the Fed instead created an equal amount of debt-free money (or even a national cryptocurrency) inside everyone's account each month. Those who immediately use their money are signaling their need for the money. Those who don't immediately use it obviously don't immediately need it, and at the end of the year, it could subtract from their tax bill just like a standard tax credit would. Or other options could be given just like Mannabase intends to provide and just as Alaska already provides each year when its dividend goes out, where people are provided options on where to give it if they don't want it. Imagine too that the option again exists to send your money to everyone's account universally.

All of this may also sound quite inflationary, but what if a tiny transaction fee were added to every transaction, where instead of that fee functioning as incentive for mining, it instead functioned as a means of returning the currency to everyone's accounts/wallets with each and every transaction? That way the money appearing each distribution isn't new currency but recycled currency. It would be like transforming the monetary system into something that looks more like the water cycle, where the universal distribution of currency is precipitation, and the universal transaction fee is evaporation. 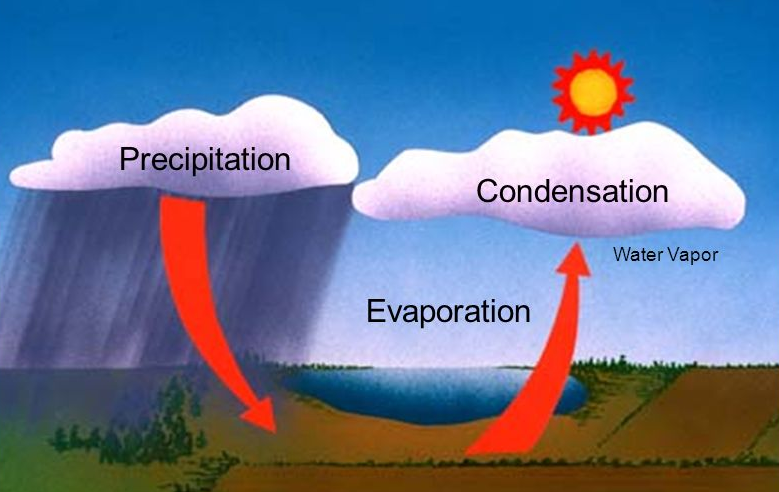 In agricultural terms, universal basic income is a means of watering the entire field, so that no crop goes without, and all can reach for the sky.

Determining the needs of others is a fool's errand. A centralized decision making process involving costly administration and legions of bureaucrats making arbitrary decisions based on flawed ideas of who needs what is all something we need to get away from. It also punishes those who go from meeting the requirements to no longer meeting them. The best way to determine need is to make sure everyone has a minimum amount of currency as a starting point, and simply let people decide for themselves their degree of need and what it is they need using that currency in markets.

Universal basic income cryptocurrencies like Manna, Swift, and Circles point the way forward as tools for more effectively and immediately determining need in a fully decentralized way and even lifting people above the point where they need at all. By giving everyone a base of currency as a starting point, there will be less need for health care, less need for prisons, and far less chronic stress and insecurity. With a foundation underneath everyone and above the poverty line, all people can build their lives on firm financial ground. That's what UBI is about, and I firmly believe UBI cryptocurrencies and ideas like sovereign money can help bring that world closer, faster.

Note: If you sign up for Manna, don't forget that it's a two-step process that requires both registration and then verification in order to start receiving it every week.