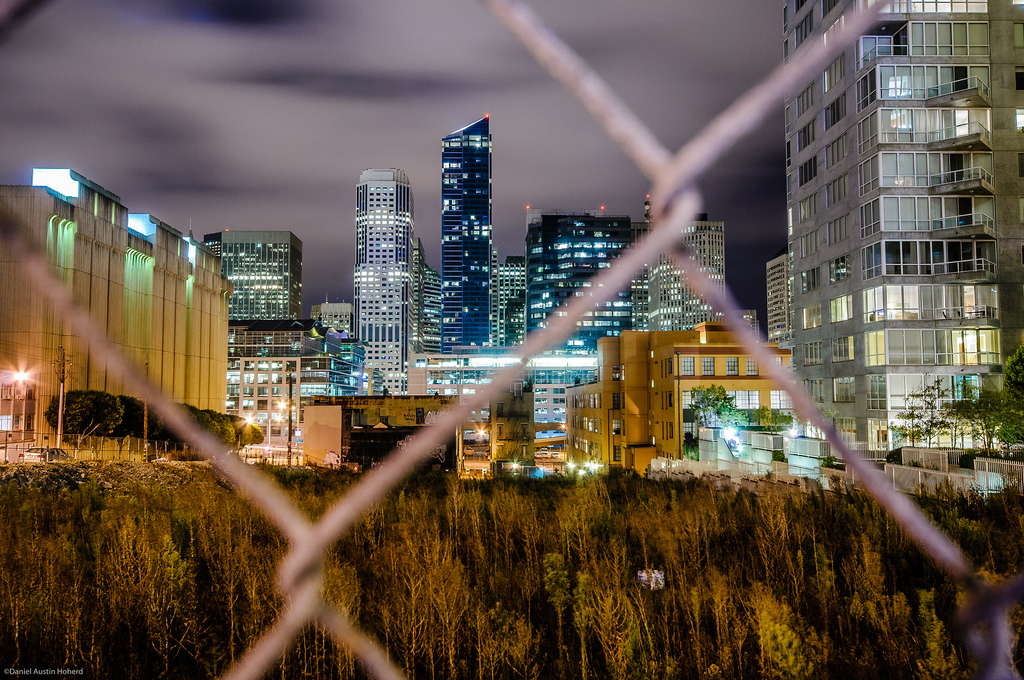 Should the Amount of Basic Income Vary With Cost of Living Differences?

The question of an unequal UBI

A common first question in response to the idea of unconditionally guaranteeing a monthly cash stipend to everyone sufficient to meet their basic needs is in regards to a potential need for differing amounts of basic income. Let's examine this question from two perspectives: that of the individual and that of the location.

It's a lot more expensive to live in New York City and San Francisco than it is to live in Detroit or somewhere out in small town rural America. With this in mind, the logic goes that perhaps we need to make sure and vary the amount of universal basic income, so as to make sure that wherever anyone is currently living, they can stay there. If someone needs $2,000 to live unemployed and alone in a 1-bedroom apartment in NYC or SF, then that's what their basic income should be, so goes the argument.

This may sound fair enough on its face, until we look at basic income as a guarantee of a minimum amount of opportunity.

Right now people are guaranteed zero opportunity. However, if you happen to live in New York City, you are fortunate enough to have a much greater amount of opportunity than if you lived in rural America. In NYC, there are jobs, public transportation, people, services, commerce, and everything else the Big Apple provides. This is also why it costs so much more to live there versus rural America. It's an opportunity premium originating from the added value created by a dense population of people and wealth.

In Small Town USA, population: 500, there are few jobs, few people, few services, little commerce, and no public transportation. It costs a lot less to live there than in NYC because there is far less opportunity and far less wealth. It's an opportunity deficit.

A universal basic income however, provides increased opportunity to all in the form of additional cash. It's an opportunity bonus.

Whatever someone decides, that $1,000 per month will always be there, deposited in their bank account without fail every four weeks (or $500 every two weeks). As cash, it will always be able to be exchanged for something else of infinite variety, especially now where anything can be purchased online and delivered anywhere. There are no limits on how the money can be used. Creativity would have full free reign.

With this now in mind, let's look again at NYC versus Small Town USA, with a hypothetical location opportunity ratio of 3:1.

With an identical UBI of $1,000 per month for each person, they both end up netting the same amount of total opportunity because one has more location opportunity and the other has more opportunity in the form of cash after covering basic expenses.They also both have new choices.

Choose Your Own Adventure

If the person in NYC wants more opportunity, they can choose to spend less on rent and food by sharing expenses with other people. It may cost $2,000 per month to live alone, but it could only cost $500 per month to live with three roommates. Or location opportunity could be sacrificed by moving somewhere cheaper in order to spend less on food and rent elsewhere anywhere in the country. Living anywhere is possible for the first time because with basic income, income is decoupled from jobs, and whereas jobs don't exist everywhere, people can.

Meanwhile, the person in Small Town USA could make the same choices, but from the other side of the coin. They can save even more money by sharing expenses, or move somewhere more expensive and exchange cash opportunity for location opportunity. Maybe they've always wanted to try to be an actor in NYC and now they can, whereas before UBI, they were unable to leave rural America.

Basic income unlocks these kinds of choices that would not exist otherwise, but it's one or the other and the decision concerning what kind of opportunity is more important is up to the individual. And these decisions will also have important impacts on the cost of living itself.

There is another issue to consider here, which is if UBI is scaled by location, that location can get as expensive as it wants, like tulips. Where is the incentive for a city to keep its costs of living down, if it knows the federal government will guarantee any price to cover basic needs?

The point of a universal amount, is to say "this is the average minimum amount of money in this country required to cover basic needs." For those in lower cost of living areas, they can stay where they are and be even better off financially, or move to a more expensive location. For those in higher cost of living areas, they can earn income on top of their basic income, move to a cheaper location, or the cities or states themselves can make living there more affordable through lowering costs or increasing incomes.

What do I mean by increasing incomes? There is nothing stopping states and metro areas from creating resident dividends like in Alaska to increase the total incomes of those who live there. Vast oil deposits are also entirely unnecessary to accomplish this. Yes, even resource-poor states can do it. A study in Vermont showed just how effective this could be:

$1.2 billion of additional revenue would be available in Vermont each year if common assets were rented out instead of given away. That’s enough for a $1,972 dividend for every Vermonter... Our highest estimate of common asset value of Vermont is $6.45 billion. If all of that revenue were devoted to a dividend, it could be as large as $10,348.

So in Vermont, it would be possible for everyone to have a basic income at the federal level of $12,000 and at the state level of as much as $10,000 for a total of $22,000. In Alaska, their total income outside the labor market would actually be more like $14,000 with the added income from their existing dividend. California could do the same thing, and provide an additional $200 per month or more to its residents through something like a carbon tax or a land value tax. Any state or even city can do this, if they so choose.

Basic income gives people the basic freedom to move. This introduces downward pressure on prices, as cities suddenly find themselves competing for residents. If those charging rent charge too much, people are free to move where people are charging less. There will be more movement between small towns and cities nationwide. This creates the incentive to not raise rents. There's even an incentive to lower rents within cities through the introduction of smart new businesses looking to capture the new low-end housing market created by everyone having basic income.

If we guarantee rent at any level, there is no incentive to move to a cheaper location. We'd be removing competition between cities and encouraging those setting rent prices to raise them.

If the cost of housing is guaranteed at any level, then that level will rise.

Giving more money for more expensive cities would say to those places, "Go right on ahead and raise prices. We will pay it, no matter what." And why would they not want that? More federal money per person in the state of California would be good for California. And then what of those in Mississippi? They aren't worth as much? They are less valuable as US citizens because it's cheaper to live there?

Adjusting a basic income instead of making it fully universal is not a good idea if we want to lower costs of living in high cost of living areas. Let everyone and everything be treated equally where all can adjust to the universal level, instead of perpetually adjusting the level around locations. The former would introduce competition between cities, where the costs of living would go down in expensive areas and up in cheaper areas. The latter would encourage rising costs of living in already expensive areas, which is something I believe we would want to avoid.

Basically, one of the most powerful effects of a truly universal basic income is the decoupling of income from jobs. People are at present effectively chained to cities. They're fenced in. They have little choice but to live near all the jobs.

Once people no longer are forced to live near metro areas in order to obtain the income required to live, the demand to live near densely-populated cities will likely fall while the demand to live in Small Town USA will rise. Together this will reduce the extreme price disparity between these options such that if the national average cost of living anywhere is $1,000, the extremes could go for example from $200-$2,000 to $500-$1,500. It goes up at the bottom and down at the top. But this only happens if we don't vary the value of the UBI and instead make sure every citizen is treated equally regardless of location.

Granted, there will be people who want to move to cheaper areas, but may find it financially difficult to do so, even with their basic income, and so we should consider this. How will we handle this particular circumstance?

Well, I don't see the problem in covering moving expenses, either through a loan or grant as part of the introduction of UBI. We already do this to a degree.

Other agencies, such as the Department of Agriculture, the Department of Health and Human Services, the U.S. Treasury and the Federal Emergency Management Agency, also provide housing and moving grants to low-income individuals who are facing financial hardship.

Or we could possibly avoid such added administration costs by just giving a one-time additional amount that people can either use to move or treat as a stimulus bonus. Or we could potentially avoid all of this by just introducing UBI slowly, giving people time to adjust as it goes.

When it comes to the detail of setting the amount of a national basic income, whatever amount is decided upon needs to be the same amount for all citizens, regardless of location, not only for all the economic reasons above, but because in the eyes of government, all citizens should be treated equally.

Basic income is basic economic rights, and when it comes to rights, they should be equal.

What can you do right now to help? Contact your representative and tell them to support the Healthy Climate and Family Security Act of 2015 which would provide everyone with a Social Security number an equal share of the revenue raised by making the air we all breathe more expensive to pollute, or in other words, a 'cap and dividend' universal partial basic income. You can also sign this petition to the President and Congress for a basic income for all, or donate your time or money to Basic Income Action, a non-profit organization founded to transform basic income from idea to reality. You can also support articles like this by sharing them.