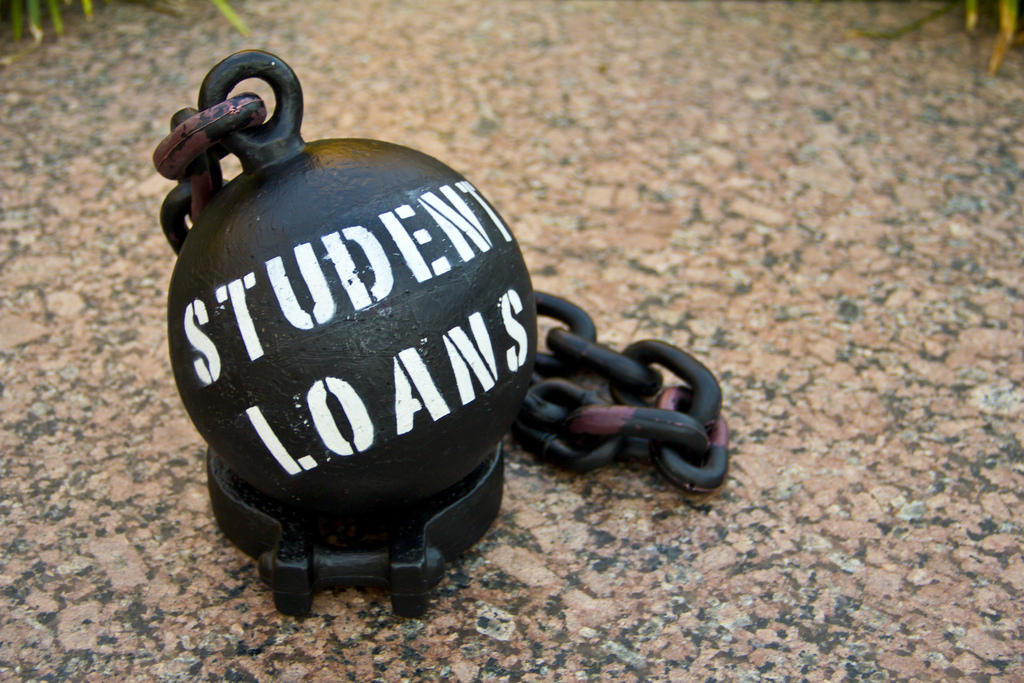 UBI as Universal Room and Board Yes, it's true. I actually made this Futurama-inspired image recently to celebrate my life's most recent milestone at age thirty-seven, and it climbed to the front page of Reddit. The fact it was upvoted by almost 4,000 people I think says something. And what is that something?

There are a lot of people out there with student loans who think they will never pay them off.

Coincidentally, college tuition is also in the news recently thanks to President Obama looking to make community college free.

All of this got me thinking, "How exactly might universal basic income affect college students and graduates?"

The first thing I thought when I finally paid off my student loans was not so much the elation of having achieved something, but that I just got a raise.

I've had at least $100 every month subtracted from my earnings for two decades, and with this burden finally gone, I now have over $100 more to spend every month. This should be obvious, but I don't know how obvious it really is.

Right now when a student graduates from college, they are losing about $242 per month ( on average) out of their earnings to this debt. Meanwhile, 16.5% are paying about $450 and 8.5% are paying about $750 or more. This is money not being spent on restaurant meals, or movie theaters, or concerts, or new clothing, or vacations, or gifts, or services, or art, or furniture, or cars, or home appliances, or home improvements, or even homes. This is money not being spent into the economy.

In other words, and most importantly, this is money not being spent to create each other's incomes.

Student debt, which now totals $1.3 trillion, is a massive drag on our consumer economy. Without discretionary income above and beyond the basics and school loans, this economy will continue to underperform because customers are unable to actually consume what they otherwise could. And the effect of consumers being unable to consume in a consumer economy is a shrinking economy. It means lost jobs and lower wages. It means the wastefulness of producing nonpurchasable goods and creation of services few can ever buy or use.

A basic income will reduce the burden for those who have already taken out these loans, and the effect will be increased discretionary income for everyone paying student loans, and through this, greater consumption and economic growth.

But how will basic income affect those who haven't yet taken out any loans?

It's not true for everyone, but it's true for many, that the loans taken out for college involve room and board expenses. Sure tuition might be $20,000 which is bad enough, but if we're not living with our families, we have to take out more than this to cover living expenses. Because we need room and board too, this balloons loans to be greater than they need to be to only cover tuition. How much are we spending on room and board?

Universal Basic Income is effectively Universal Room and Board.

Not only that, but because the average cost of books and supplies is around $1,200, this means that for college students, a basic income would even cover those expenses as well.

With all of these non-tuition expenses covered, students with basic incomes looking to start college will be able to get smaller loan amounts that reflect tuition only. This not only means less debt for future students, it also means greater discretionary income after graduation because of this reduced debt, again helping to drive our consumer economy.

Let's also not forget how some people are taking out student loans because they feel it's the only thing they can do. Unable to find a job, going back to school can be seen as the only way to get by. Effectively, people are currently treating college and graduate school as a means of avoiding homelessness. By reducing this pressure with basic income, an added effect could be reduced tuition rates, or at least slowed increases.

And this leads to the next effect...

A basic income will mean that college becomes less of an absolute necessity. Some students now are only going to college because they believe they have no other choice to avoid living in poverty. The result is that college graduates unable to get jobs that use their degrees are actively pushing high school graduates out of the labor market. The degrees many people are getting aren't actually being used, because the jobs for them don't actually exist, but everyone still needs to have a college degree if they want a real shot at the middle class.

This is part of the reason tuition has exploded and wages are stagnant. 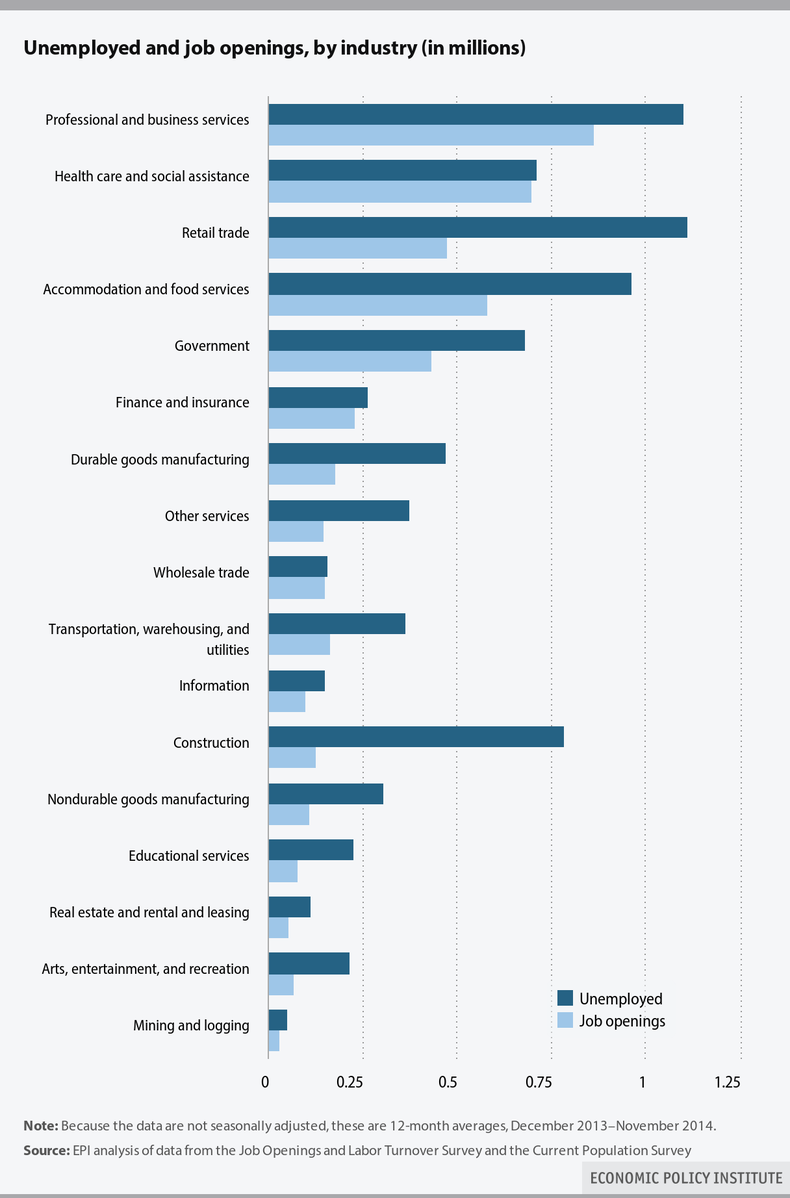 There is a greater supply of college and graduate degrees than jobs that seek these degrees. And this includes Science/Technology/Engineering/Math (STEM) degrees. You would think that the opposite is true, from what people are constantly claiming, but it's not. The tech worker shortage doesn't really exist.

Salzman concluded in a paper released last year by the liberal Economic Policy Institute, real IT wages are about the same as they were in 1999. Further, he and his co-authors found, only half of STEM (science, technology, engineering, and mathematics) college graduates each year get hired into STEM jobs. “We don’t dispute the fact at all that Facebook (FB) and Microsoft (MSFT) would like to have more, cheaper workers,” says Salzman’s co-author Daniel Kuehn, now a research associate at the Urban Institute. “But that doesn’t constitute a shortage.”

So the reason we hear people crying out for a need for more STEM degrees, is because for the most part, they get paid more. As a business owner, if you want to pay people less, you're going to want to increase the pool of available workers. That's what the claims of STEM shortages and the "skills gap" are about, wanting to pay workers less.

What this all means for basic income is that because it increases choice and decreases the belief of college being mandatory, college students can voluntarily attend college and pursue the degrees they wish to pursue. Those who find jobs will also be more likely to be paid what they are worth because of a reduced pool of available labor, instead of being paid less than they are worth thanks to an oversupply of available labor.

I think it's likely we'll see both effects to some degree. Those who would otherwise feel forced to go to college won't, and those who wouldn't otherwise have the time or resources to go to college might. They may also choose MOOCs instead. Or they might also attend state colleges, community colleges, and technical schools at increased rates, while decreasing attendance of expensive private and out-of-state schools.

If the net effect is that fewer people overall go to college, then because those who do will take out much smaller loans, the result will be both decreased tuition rates due to decreased demand and also graduates with much smaller debt burdens. If the net effect is that more people overall go to college, tuition might increase for some schools, but debt burdens will still be lower because of students no longer requiring money for room and board, or books and supplies. In either case, a basic income will greatly help students. We just can't say to what degree yet. It may be a lot. Or it may be a whole lot.

Whether and how the net enrollment rate ends up increasing or decreasing in a world of basic income, the extra income a UBI provides will function as universal room and board, and universal books and supplies. It'll also mean decreased student loan burdens for those already graduated. Therefore, it'll mean lower loans for all students, and universal raises for all graduates.

And that's exactly what our consumer economy needs.